ELECTROMOBILITY AND LUXURY ARE THE ORDER OF THE DAY

With the presence of Vincent Dewaele, CEO of Busworld International, Hendro Sugiatno, general director of land transport of the Indonesian Ministry of Transport, and the main associations of transporters and bodybuilders in the country, the second edition of Busworld began this Wednesday morning. Southeast Asia, the most important bus showcase in the region.

The main bus manufacturers attended the meeting with the carriers, after having had to postpone the 2021 appointment due to the pandemic generated by the spread of Covid-19. 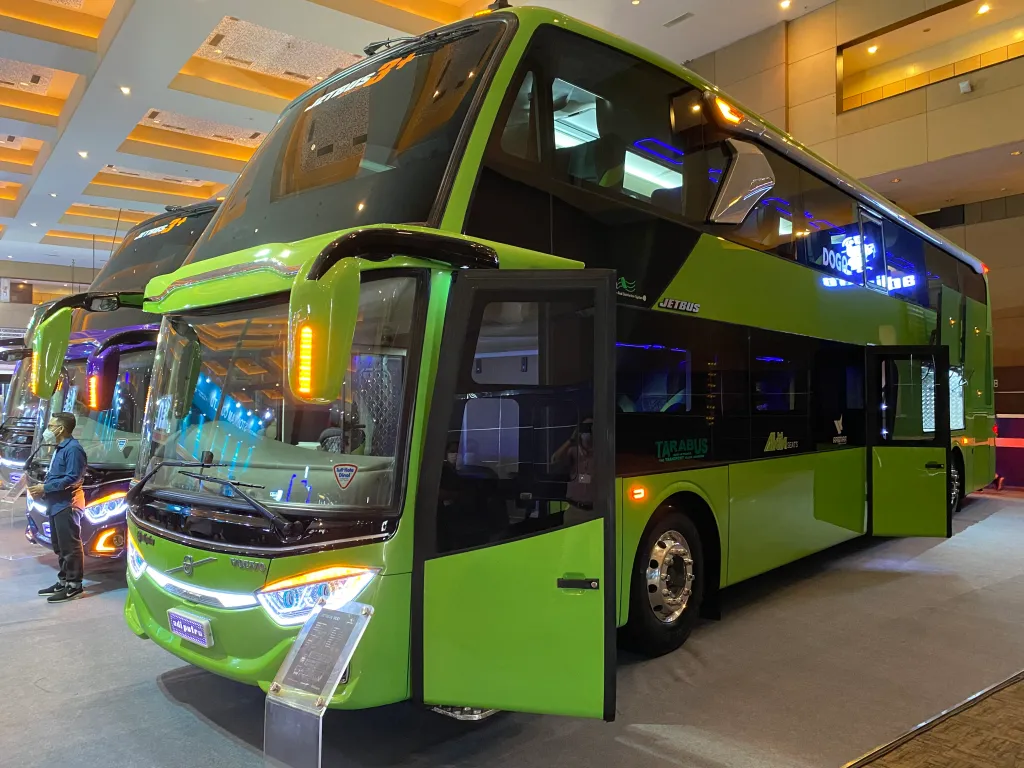 The Jetbus 3+ line is the most recent in terms of road buses. In this case, we managed to get to know two double-decker vehicles, with the highest standards of comfort, both on the lower level and on the upper deck. The prototypes were developed on Volvo B11R and Mercedes Benz OC500 RF 2543 platforms, and reach a maximum length of 13.5 meters.

The lower floors have 6 comfortable bunk beds equipped with an individual entertainment system, while, on the upper floor, you can have super comfortable armchairs in a 1-2 or 1-1-1 distribution (double corridor).

For its part, the driving position has first-class finishes, with vinyl upholstered parts and thermoformed plastic panels; It is curious, yes, the low quality of the seat belts for the operator's position.

In addition to the double-decks, single-deck versions of the Jetbus 3+ HD and SD line were also on show, using Scania K410 and Hino RK8 chassis respectively. Aimed at tourist and medium-distance transport, they offer luxury finishes, using leather, vinyl, excellently made parcel racks with individual lids and LED lighting. 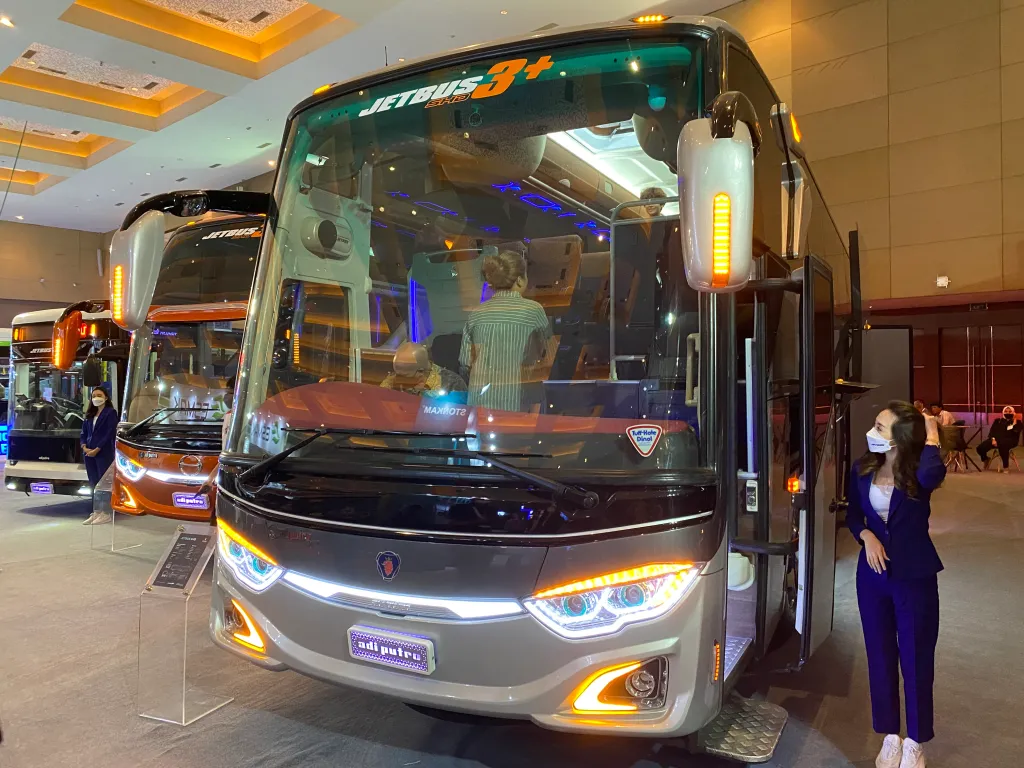 Two radical concepts are part of the proposal of this interesting Indonesian coachbuilder, who wanted to attract attention with an excellent staging in the salon. The first of these is the Citouro, an 8-meter vehicle developed on a Fuso chassis, designed for urban environments or low-demand routes. It should be noted that this type of vehicle responds to a government call that requires more flexible and easy-to-operate vehicles. , in order to reach communities where large buses do not fit.

For road transport, the Skylander surprised the crowd with its elegant finishes and ingenious safety solutions. It now offers the famous digital mirrors, which replace physical rearview mirrors through a set of cameras and monitors located inside the driver's cabin.

But the most striking detail of the bus is the large color screen located on the back of the bodywork, which, thanks to a camera located on the front of the vehicle, allows drivers behind it to see the traffic ahead. of the bus. Thus, overtaking maneuvers are made easier. “This system can also become a source of income for the operators, since it allows advertisements to be projected on the back of the bus,” assured Sommy Lumadjeng, representative of the brand and director of Askarindo, the Indonesian bodybuilders' association.

Two very striking proposals configured the offer of this manufacturer at the Jakarta exhibition, leaving a very good impression among the attendees. They presented the first fully developed electric bus in Indonesia called Velocity W5, a prototype in which both chassis and bodywork were built in the Asian country. The model has a range close to 250 km, and can be bodied as a twelve-meter, low-floor vehicle for urban service.

The provider par excellence of the Transjakarta mass transit system (the longest in the world), was up to the crowd and showed its first electric bus designed to operate in BRT corridors, developed on the BYD platform.

The e-Citiline3 is a high platform model, with autonomy close to 260Km, equipped with air conditioning and vandal-resistant plastic seats.

For long distances, they presented the most recent evolution of their star model, the Legacy, the SR3 version. Mounted on a Hino RM chassis, the 12-meter bus stands out for its lighting, luxury finishes and interior space.